Home » Why I do jumping jacks first thing in the morning 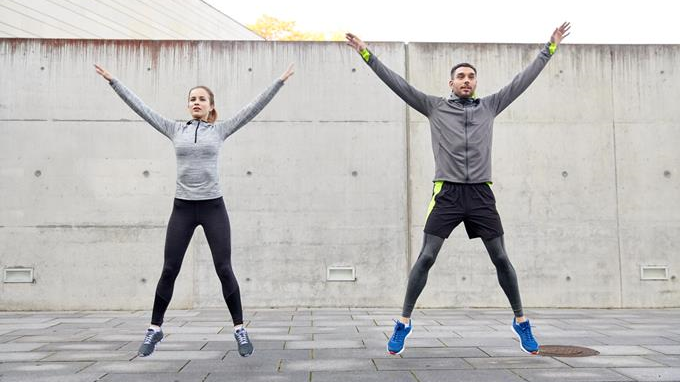 Benefits of doing jumping jacks first thing in the morning

Jumping jacks wake you up better than caffeine

When you first wake up, your body needs to clear out sleep chemicals like melatonin and start releasing wakeful hormones like cortisol and glucagon. It usually takes a while for the body to adjust from a state of deep recovery to a state of activity. That is why it takes you a while to fall asleep or to wake up.

Cardiovascular exercises, like jumping jacks, jolt the body into a high-energetic state. It increases your heart rate, boosts blood circulation, and increases blood oxygen levels. Oxygen levels are closely linked to energy levels. Improved blood flow boosts nutrient delivery and cellular detoxification. This wakes the body up in a matter of seconds. Additionally, your body will start to adapt to the stimulus by producing more energy as soon as you wake up in preparation for the anticipated exercise. Jumping jacks, therefore, wake you up more and more as you do them every morning. If you are a senior looking to stay fit and are worried about injury, you can try a modified version of the jumping jack.

Firstly, did you know that exercising in a fasted state (on an empty stomach) burns around 20% more fat than when you’ve just eaten? This makes sense since the body can only depend on fat storage for its energy supplies.

Secondly, the first hour of the day determines how you feel during the rest of the day. If you wake up grumpy and sluggish, it can take hours to shrug it off. Our bodies work inflows and cycles in order to make sense of what we need. When you start your day off with exercise, you coax into raising metabolism during the first half of the day. A higher metabolism leads to greater energy output. This will further increase the number of calories that you burn throughout the rest of the day. It is basically physiological momentum.

Secondly, exercising on an empty stomach empties out the glycogen stores in your liver. When glycogen stores in the liver are depleted, your liver starts breaking down lipids (fat cells) for energy – especially when it senses the need for greater physical output. Within minutes after waking up, you can throw your body straight into fat-burning mode: yes, please!

I also experienced greater muscle growth as a result of doing jumping jacks in the morning. This can be for two reasons:

Your body depends on two primary sources of energy: carbohydrates or fat. When it burns carbohydrates for energy, energy is more unstable. It will depend on sugar from the food that we eat (hello sugar cravings), glycogen stores in the liver or glycogen stores in muscle tissue. When the body starts tucking into glycogen stores in muscles, they decrease in size because they are being used as energy. By increasing the body’s tendency to use fat for energy (this is done by depleting liver glycogen fast enough to induce fat metabolism), your body will burn fat as its primary fuel source. This leads to reduced fat, increased energy levels (because fat is a more stable form of energy), and reduced muscle breakdown.

Better blood flow and increased physical energy both enhance our hormonal systems. This includes testosterone. It is no secret that exercise, when done right, boosts testosterone. Did you know that testosterone is also one of the hormones that your body uses to regulate its energy levels? That is why testosterone is highest at the beginning of the day and tapirs off to its lowest point before sleep. In fact, testosterone should be so high in the morning that males experience morning glory, morning wood, the standing soldier (okay… I think you get the point). By increasing your body’s need for energy in the morning, you increase the amount of testosterone that is released when waking up.

Fat metabolism instead of muscle catabolism and improved testosterone levels both resulted in better muscular gains for me. I also noticed, not surprisingly, that my physical performance was a lot better during my workouts that were done later in the day.

If greater fat metabolism, boosted energy and testosterone levels and improved physical performance wasn’t already enough to put you in a good mood, jumping jacks also encourage the release of endorphins. Endorphins are the feel-good hormones that are released during exercise. They are what give you that ‘runner’s high’ or feel-good feeling you feel after leaving the gym.

Stimulating the release of these hormones changed my entire day. I felt better about the work that I had to do for the day. You will walk into the office with a bigger smile on your face. I had an extra bounce to my step and got more done in the morning than ever before. The increased productivity and feeling better about life, in general, flowed over into the rest of my life. It’s hard to get sour at work when you feel so good, to begin with.

I find myself doing more and more before I need a mental break. We should all know by now how good exercise is for the brain, but doing it in the morning gets the brain to be at its best before we need it to work at such a higher performance level. I am sure that doing your exercise routine before work, in general, would lead to similar results; but in my case, jumping jacks were the exercises that gave me those results. I usually work out at night time.

Make jumping jacks a part of your daily routine

The greatest part about doing jumping jacks when you wake up is that you don’t have to do them too intensely. You don’t have to sweat it out to get all these benefits. In the beginning, I did mine until I was slightly out of breath. Now, I do them until I feel a slight cramp in my feet, calves or shoulders. I never push past the pain because I don’t want to injure my joints. The entire exercise lasts less than 5 minutes.

Less than 5 minutes a day is all that you need to turn your day around. Think of jumping jacks as a warm-up to the rest of your day. I challenge you to try them out for a week or two. Let me know if they were as good for you as they were for me in the comments below.

You May Also Like: How to Gain Muscle and Lose Fat at the Same Time? 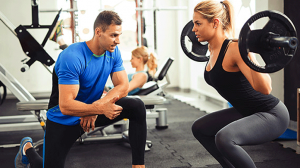 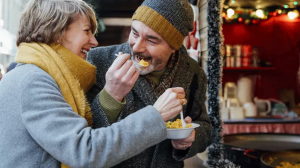 6 Types of Foods You Should Avoid in Winter 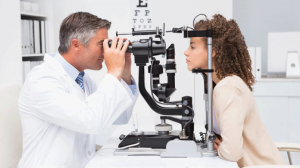 5 Reasons, Why Regular Optometrists Are So Important 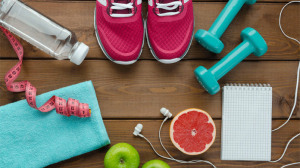 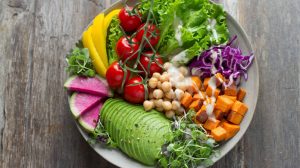 How to Incorporate Healthy Clean Eating Within Your Family? 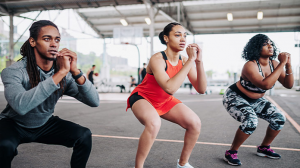 How Exercising Regularly Can Encourage You To Think More Positively

Saguren is a personal trainer from South Africa and the editor of the health and fitness website SA Spotters. He has written extensively on how living a balanced lifestyle contributes to disease prevention, the benefits of exercise, nutrition, and how to incorporate health into everyday life.